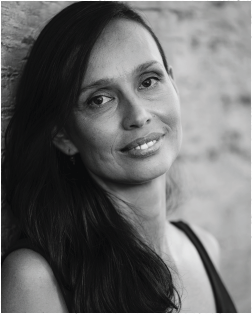 Comfort is a semi-autobiographical work that responding to the whispers that my own grandmother may have been a ‘Comfort Woman’ in 1940s Japan-Occupied Burma. In blaring juxtaposition, my memories of her exist in a 1980s Australian childhood. Afternoons spent in a suburban Perth backyard, playing around the hills hoist; holidays sweating in a musty, sand-filled caravan; Expo ’88. But just below the surface, one ever-present unspoken rule journeyed with us; we don’t talk about the past. Moving between past and present, personal and political, Grandaughter wades through official military records, rumour and euphemism as she gently unpicks the threads in search of her Grandmother’s truth.

Anna Loren is an actor, theatre maker and educator. Former Artistic Director of heartBeast Theatre, Anna studied at The Actors Workshop, and later at the Rose Bruford College of theatre and Performance, London, after being granted an international bursary. Here she developed her skills in devised and experimental theatre practises. She has undergone training and mentorship with a diverse range of companies, directors, voice and movement specialists including Beatrice Pemberton (Complicitè), Gabriel Gawin (Song of the Goat), Struan Leslie (Movement RSC), Irina Brown (Director), Nimh Dowling (Alexander Technique). Barbara Houseman (Voice RSC), Punch Drunk, LaBoite, Zen Zen Zo and the Trinity International Playwriting Festival. As an actor she has worked with heartBeast Theatre, Cuts and Grazes, Goat Track Theatre and Theatre N16. Anna has also taught for The Actors Workshop and NIDA Open (Brisbane), and well as The Rise Bruford Youth Theatre, NCS The Challenge and the Drama Club (London). 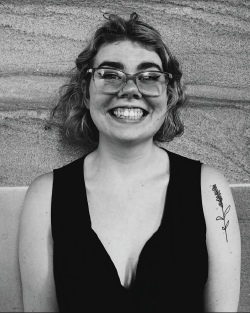 WITH AND WITHOUT OR LETTER’S TO ANDREW
A young romantic falls in love with her British pen pal, when the replies stop coming she struggles to cope with the loss of a relationship that may have never been real at all.
Read More

Bronagh McDermott is a recent UQ graduate, with a Bachelor of Arts majoring in drama. She’s also an op shopper, kitten enthusiast and theatre maker based in Brisbane. She has been involved with a number of UQ Drama productions, in roles including set design and stage manager. This year she is a part of Underground Productions’ Exec team as one of their Festival and Development Officers and has co-written their 2019 Anywhere Festival piece, ‘In Bloom’. She hopes 2019 is the year she dives further into writing, acting, producing and directing, creating theatre she loves wherever she can. 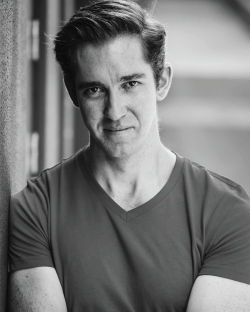 It’s curtain up in 15 minutes for the most anticipated theatre production of the season, Charlotte Bronte’s masterpiece, Jane Eyre. But the question is… Where Is John?!

The rest of the cast is here: the lead actress on the verge of a career breakthrough, a former Home and Away pretty boy, a B-grade celebrity from the UK, and an entitled millennial.

Struggling hilariously to suppress fires, blindness, sickness, their hatred of one another and John, their no-show tyrannical director and fifth cast member, they are letting nothing get in the way of tonight’s opening.

For an audience who loves side-splitting laughs and slapstick fun, Where Is John?! is an exaggerated, farcical look at the politics of the theatre scene and the life cycle of the average actor desperately trying to not be average. 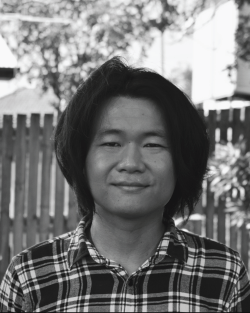 Adelaide Zhang is a witch who sold her soul to the devil. To save herself from an eternity of fire and brimstone, she must travel to Bailudong Shuyuan (White Deer Hollow Academy), where an old monkey-faced mentor waits for her.

Chuxiao Kang is a Chinese-Australian writer based in Brisbane. Currently, Chuxiao is studying a Master of Business Information Systems; previously he completed a Bachelor of Business Management/Arts dual degree in 2018 as well as a Bachelor of Digital Media in 2012. Being an emerging writer, Chuxiao’s previous writing credits only include poems in the independently published zines Ariel 2: electric Boogaloo, I hate it when you sleep, for you are so f**king hideous yet so very aware of it, and Symposium, all of which were published by his university poetry club. His playwriting career started at the Festival of Australian Student Theatre where he participated in the 24-Hour Play Project with a solo play called Out of Sight, Out of Mind. It was, in his own words, “Not very good,” but it ignited a love of writing plays which has persisted up until now. 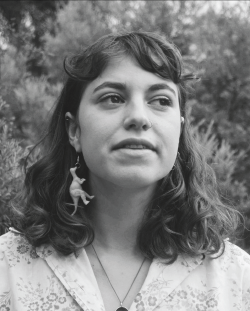 Under mud and mangroves something is heating up, putrefying, and bubbling to the surface.

Patricia and her sister Ada return home for their mother’s birthday party. But the evening celebrations will entail a lot more than vanilla sponge cake and party hats. When Patricia and Ada discover the carcass of an animal in the mangroves, a series of strange events begin to unfold. ‘The Animal’ is about a family’s desires and demise, a strangers’ arrival, and the death of an animal.

‘The Animal’ interrogates the nature of the family. Does violence lurk in the woods or wetlands, or lie dormant under the china cabinets and mattress protectors of childhood homes?

Honor Webster-Mannison is a Brisbane-based theatre maker, playwright and performance artist. Honor has been involved in programmes such as the Australian Theatre for Young People’s National Studios and Queensland Theatre’s Young Playwrights Program. She developed a short play called Bottlefeeders that was published as part of the Australian Theatre for Young People’s Voices Project and was subsequently staged at the Sydney Wharf Theatre. She has written and performed shows at the festival of Australian Student Theatre and has had artist residencies at House Conspiracy and Backbone Youth Arts. She is currently completing her Bachelor of Arts at the University of Queensland, where she is majoring in Creative Writing. 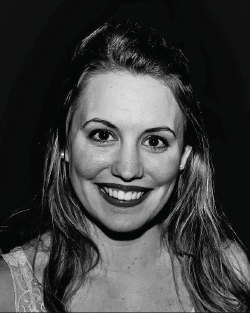 Shelley is nearly 30, always single, and believes her weight is the only thing stopping her from finding love. But as her calorie counting gets stricter and her diet becomes stranger Shelley begins to lose all sense of reality and herself.

Jessica Palfrey is a writer, director and designer from Byron Bay, Australia. She also has experience as a dancer and choreographer, and has worked as an English and Drama teacher in numerous secondary schools in both Brisbane and London. Theatre credits include: When The Friendship Has sailed – writer/designer (Edinburgh Fringe Festival 2018), The Milk of Human Kindness – writer (Theatre 503), N83 – dramaturg (Matchstick theatre London), Exit, pursued by a bear – co-writer/presenter (Podcast), Ragtime: there Will Be Blood! – co-writer/director (Anywhere Theatre festival 2016), Lady Macbeth and Macbeth vs. The World! – director (Grin and Tonic Theatre Troupe), Sunnytown – assistant director (la Boite Indie 2015), The Pillowman – director/designer (Underground Productions), The Comedy of errors – adapter/director (Gold Coast Renaissance Faire), Autobahn – designer (Underground Productions), The Rover – costume designer/choreographer (UQ Arts).

YOU KNOW WHAT YOU DID, MY LOVE

When a dog left in a couple’s care is crushed by a car, the blurred details of the event are brought into question as the blame keeps shifting—until the violent zenith of their toxic relationship is revealed.

Of course, you should already know this. After all, you were there. But maybe you don’t remember. And that’s fine—because I do, my love. And before they arrive home to see what we’ve—or, rather, what you’ve done, I’m sure it’ll all come screaming back to you as well.

You Know What You Did, My Love is a play that enrols its audience as one half of a cruel and toxic relationship as they listen to their on-stage lover weave a tale that brings into question both agency and truth against the ticking clock that counts down to the moment Heifer the cavoodle’s owners arrive back home and all hell will break loose. Thrillingly experimental, You Know What You Did, My Love is an unsettling exploration of truth and responsibility in the context of a twisted contemporary romance.

Jonathan O’Brien is a Brisbane-based writer, editor, and creative producer. He has been described as “a fresh and exciting voice” by the Guardian Australia, and was awarded the State Library of Queensland Young writers Award (2017) as well as the QUT Undergraduate Creative writing prize (2014). His work can be found in publications such as The Lifted Brow, Scum Mag, and Voiceworks, and has been featured in the National Young Writers Festival, Queensland Poetry Festival, and Anywhere Theatre Festival. In 2016 Jonathan founded Brisbane arts residency space House Conspiracy, and was the Editor of the 2018 arts anthology ‘The Conspirator’. 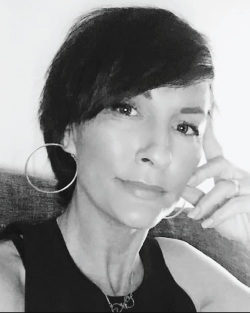 Her version. His version. Somewhere in the middle is the truth. But does the truth really matter if things are too far gone?

When Kate agrees to meet her husband, David, after a year apart, it’s for one reason and one reason only – to sign divorce papers and move on. But David has other ideas and so, over the course of one evening, they are pulled into a revelatory whirlpool of memories, recriminations and ‘if-onlys’ that shows nothing in love is ever black and white.

In turns confronting and tender, this intimate and revealing drama runs the gamut of a marriage between two flawed people destined for love but equally destined to fail.

Part mix-tape, part confessional, Domino is an emotionally raw exploration of what can happen when true love turns toxic and there’s no going back.

Rachael S. Morgan is an award-winning Australian fiction writer as well as a screenwriter, script editor, and screenwriting teacher. A former journalist, she was awarded the Josephine Ulrick Literature Prize in 2011 for her short story, Tryst. She was also awarded the Griffith Review Emerging Writers Prize, has undertaken several residencies at Varuna – The writers House, and has been published numerous times in journals and magazines both here in Australia and internationally.

Rachael’s film and television credits include Wanted for Network seven and Matchbox Pictures; Mako Mermaids for Network TEN, Netflix, and Disney; and essential Media’s The Timeshifters. She has numerous film and television projects of her own in development, teaches screenwriting at New York Film Academy, and was recently awarded an Honourable Mention at the Los Angeles Film and Script Festival for her feature film script, Preservation. Rachael is incredibly excited about exploring playwriting as a form and takes her philosophy from writer Anais Nin – “We write to taste life twice, in the moment and in retrospect.”

Tickets to Slow Boat by Anna Yen are now on sale! Join us at Brisbane Festival from 1 – 2 Sep at the Powerhouse Theatre, and witness the incredible stories of the boat walking brothers!