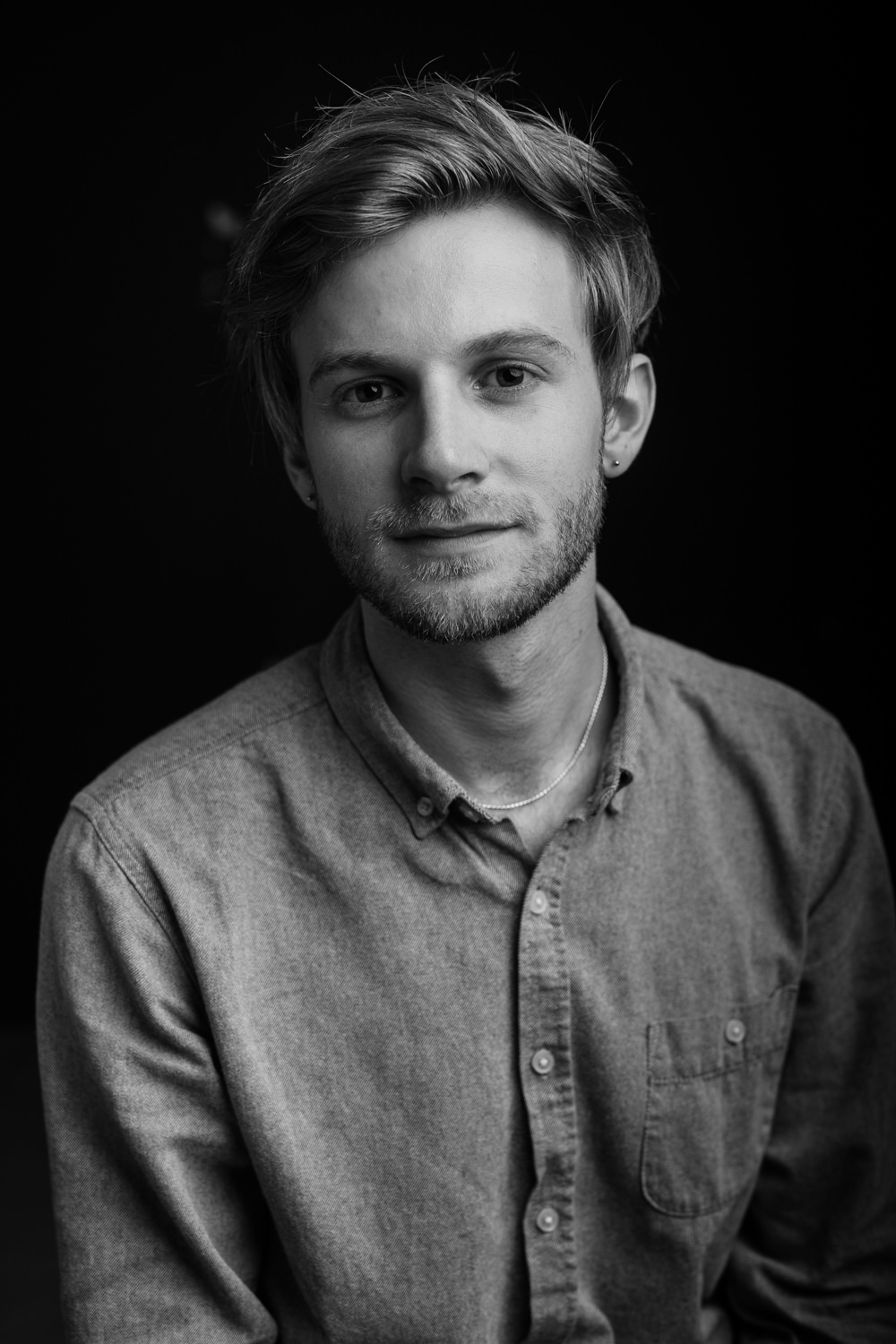 In the wake of the whaling industry and the dying wave of steam in 1910 ‘Grand Metropolis’, Clarence: 67, a Dyslexic, docked ship wright in builds a new technology “a submersible” after being forcibly ‘let go’: setting sail to find the whale that has haunted his dreams. His wife Olive must save him, through more ways than one: She sees a light deep inside him that no one else can, not even Clarence.

Through weathered puppets, whale song, and a bluesy harmonica, Clarence dives deep into the consequences of following his heart.

Damian Tatum is a theatre-maker and aspiring director and designer, graduating his Bachelor of Fine Arts (Honours) at QUT in 2016. Damian’s interest orbits around the expansive creative potential offered by engaging with collaborative-based practice and scenographic design methodologies.

In 2019, Damian pursued a practice development year which, amongst other creative pursuits, saw him: work for Queensland Theatre; production / stage manage and lighting design for Matilda Award-Winning La Silhouette; travel to South Australia to attend the DreamBIG Festival and an observation with Windmill Theatre company; and travel to New York to train for 4 weeks with SITI Company. It was during this time Damian started to focus on writing as a new direction in his creative output, which he has quietly harboured though 2020. 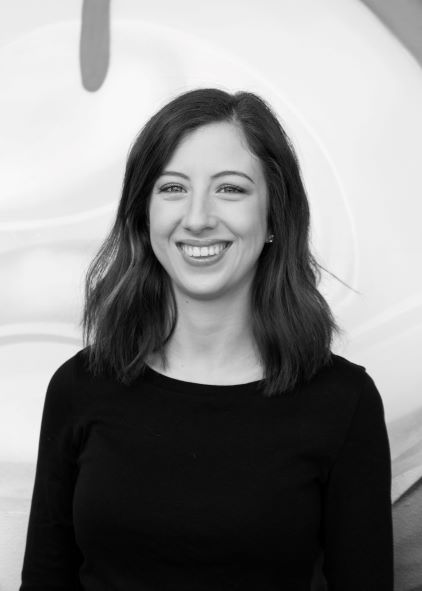 Fleabag meets the Sealed Section of Girlfriend Magazine, Role Play is an awkward and tender love letter to everyone who has ever faked an orgasm or screamed the house down just for the drama of it.  It is a not-so-gentle reminder that life is better with lots of lube and people are brave enough to take their costume off for you too.

Flynn Hall is a director, writer and deviser based on Turrbal and Jagera land (Brisbane). She is currently completing her Master of Fine Arts (Directing) at the National Institute of Dramatic Art (NIDA).

As a writer, Flynn has contributed to The Good Room’s public art exhibition, These Frozen Moments, presented with Metro Arts and Brisbane City Council (2017), and Flowstate (2018). Her first short play, Fish Fingers, was written at the Australian Theatre for Young People (ATYP) National Studio in 2018. This script was then commissioned by ATYP and was published and staged as part of Intersection 2019: Arrival.

Flynn has worked as an assistant director for Queensland Theatre, Queensland Music Festival, QUT acting and NIDA acting. Flynn directed the music video for Charbel’s single, River of Neglect, in collaboration with triple j Unearthed, NIDA and Rage. For Flynn’s graduate show at NIDA she directed the first fully-realised production of Melissa Bubnic’s, When Vampires Shop, commissioned by Sydney Theatre Company (STC). Flynn was fortunate to be mentored by STC’s Associate Director, Paige Rattray on this production. Other NIDA directing credits include Who’s Afraid of Virginia Woolf in collaboration with Actors Centre Australia (ACA), Weimar Kabarett, and Un/Known, devised with students from NIDA and the National Aboriginal Islander Skills Development Association (NAISDA).

Flynn also holds a Bachelor of Fine Arts (Drama) from the Queensland University of Technology (QUT), and First Class Honours for her research investigating the craft of female directorship. Flynn’s creative practice is reflective of her passion for inciting collaboration and cultivating empowering, community-centric theatre experiences. 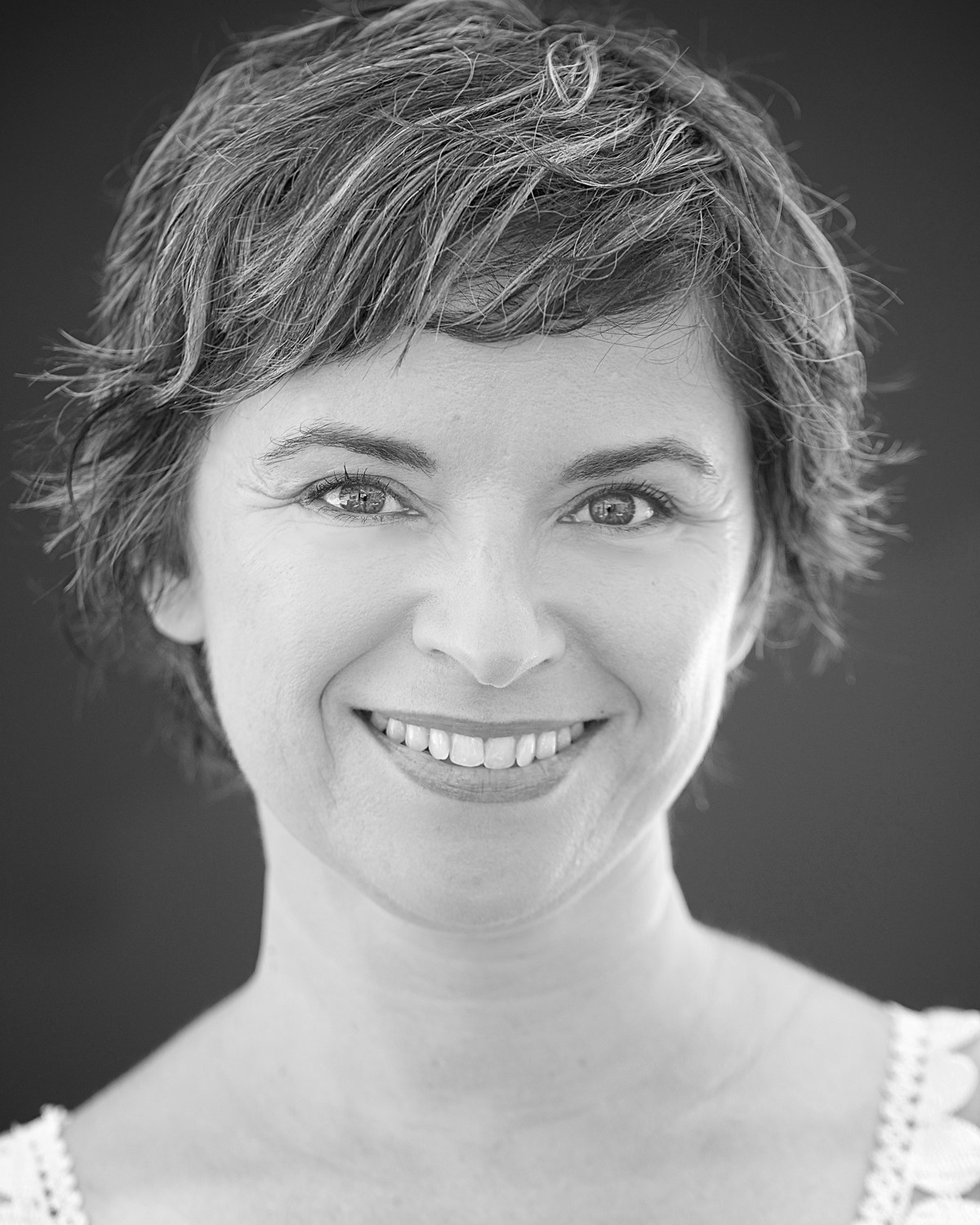 The Knowledge of Water

Spanning three time-periods, The Knowledge of Water is the story of three heartsick people
who are drawn to an old cottage in a magical place of healing on the Isle of Mull, where, aided by
the wild beauty of the Scottish West Coast, they must negotiate a path back to wholeness for
themselves and eventually, for the place itself.

Her film and television credits include three seasons of Mako: Island of Secrets, Reef Break, Harrow, Reef Doctors, Terra Nova, All Saints, Farscape and the feature films Australia Day, Girl Clock, Talking Back at Thunder and A Guide To Dating At The End Of The World as well as commercials, short films and film clips. As Assistant Director, Kerith has worked on Constellations (QT) and Poison (EG Productions) and as Director on Alice In Wonderland (Rapidfire International), Crazy Brave (QUT) and short works for various theatre festivals. Kerith is also a voice over artist and has been a proud Equity member since 1998. 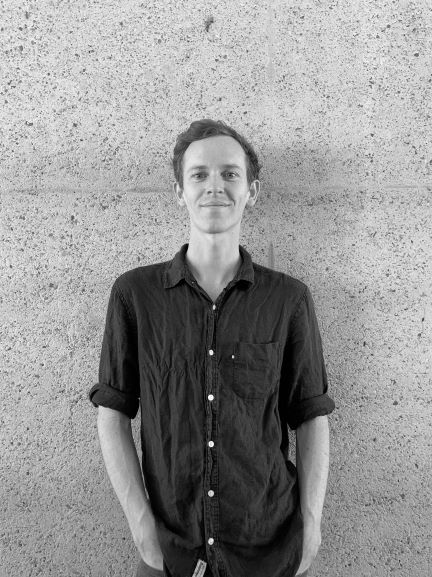 If an incel, an aging alcoholic and a law student cry alone in the forest, is their masculinity still in crisis?

In a fit of guilt, Terrence drunkenly books tickets for him and his son to go to a masculinity retreat in the Gold Coast Hinterland. Fearing the worst, Matt drags along his best mate, to reconnect and for… emotional support? Unlikely, considering Dan’s going through a rough spot of his own. He’s depressed and has never been in a relationship and yeah he’s mad about it.

Luke Diamond is an emerging writer and performer based in Meanjin/Brisbane. Most recently, Luke has participated in the Writing Poetry workshop run by Huda the Goddess, the Writing For Theatre program facilitated by Maxine Mellor (where he wrote Connections a play about loneliness, digital intimacy and physical isolation) and placed equal first in the recent digital slam poetry event Speak Up, Own Your Own Voice. Luke has completed actor training in clowning in the Bouffon Intensive run by Clockfire Theatre, Leah Shelton’s Bitch Dojo and a Danger Ensemble physical theatre workshop series. Luke’s work attempts to speak to our current political climate with a particular focus on climate justice, personal agency within corrupt systems and the challenging of patriarchal structures. Luke is a part of Yours Sincerely theatre collective who have produced two shows, This Fantastic Plastic Planet and Sometimes It’s Hot Like The Sun. 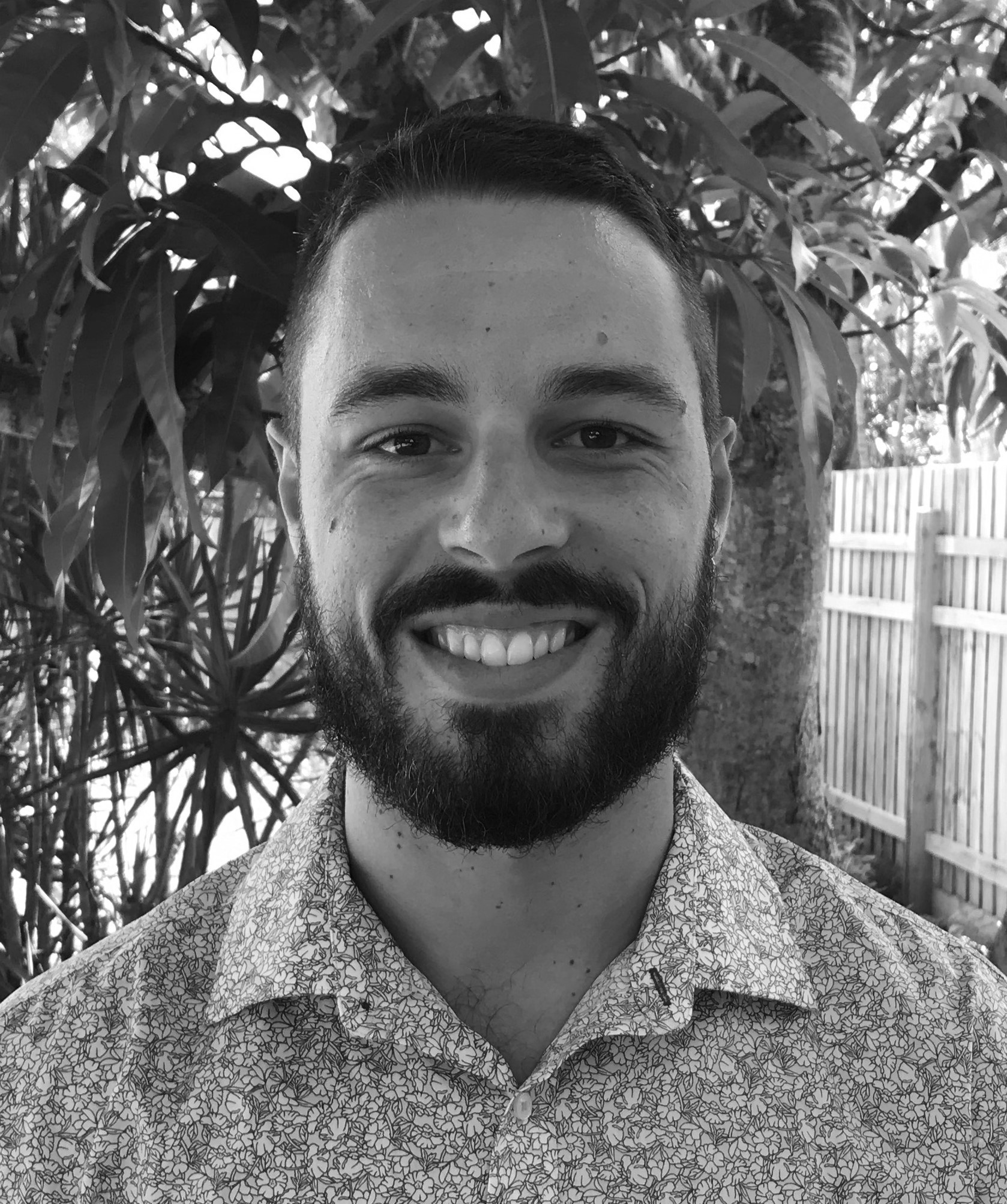 In the ruins of climate change ravaged Brisbane, a set of activists begin their mission to repopulate and rejuvenate the overheated CBD. Rabid libertarians, absurdist intrusions, climate chaos, and a ‘certified toxic’ group dynamic stand in the way of mission completion in this darkly comedic absurdist satire.

Oliver Gough is an emerging playwright and performance maker from Coffs Harbour, and a recent graduate of Honours in Drama at the University of Queensland. His honours essay (supervised by Playwright Stephen Carleton) considered the forms of absurdism and the science play in investigating climate change on stage, and was accompanied by a one-act play which engaged with these forms and themes. This project further built an interest in interrogating climate-change ravaged futures, and using absurdism and ‘cli-fi’ to satirise top-down, celebrity focused responses to the threat. A previous 10-minute absurdist farce Disney Off Ice was produced by UQ Drama students in 2019, and the one-act Honours play X received a staged reading in 2020, and is in the works for staging by Underground Productions in mid-2021. With a background in student theatre performance, Oliver tries to create juicy comedic offers for actors, and also believes in the potential of theatre to generate ideas, debate and action. 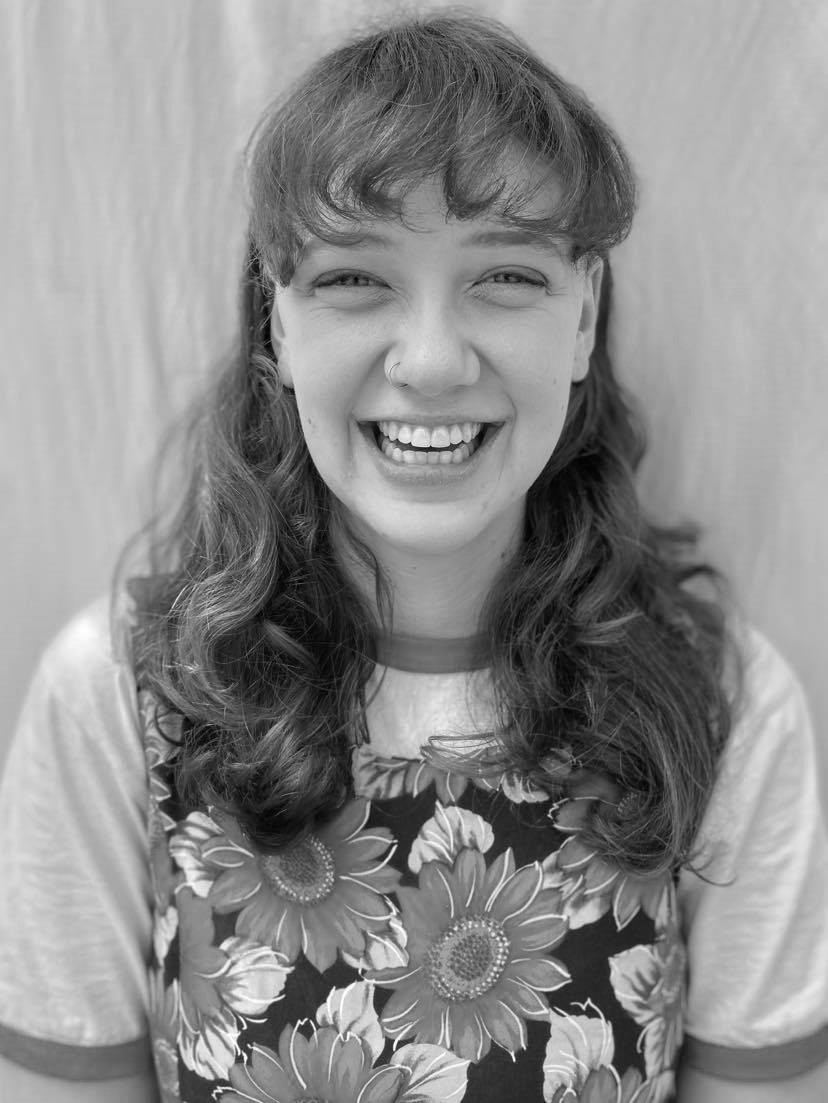 When two work besties burst under the Westfield Lights, it’s their friendship that’s struck by shuffling creative visions and questionable work ethics. Tiff deals in dwindling dreams and bank accounts, while Frankie feels the pain and confusion of desired fame. It’s time to sell out or close shop, or somebody will get the cut. In opening the door to out the back, Mall of Dreams tugs at the thread of capitalist paradise and unravels art, class, and what it is to truly dream. With the pizzazz of glittery eisteddfod routines and jaded customer service, this is a play for anyone that’s felt both the bright and harsh lights of shopping centre culture.

Olivia Brand is an independent theatre maker based in Meanjin (Brisbane), working predominately as a writer, performer, and producer. In 2019 she graduated from QUT with a Bachelor of Fine Arts Drama, and she is a founding member of collaborative theatre company, Chance Collective.

With a particular interest in comedic and immersive work, Olivia’s credits include shows with Backbone Youth Ensemble (Ride, 2018), for Anywhere Theatre Festival (There’s No Sex ’Til The Third Act, 2018; Dream a House, 2017), with local comedian, Geordie McGrath (Short and Sweet, 2017), and with The SUI ensemble (GAME and Suicide Show, 2015).

Her practice tends to toy with traditional theatre boundaries, encouraging work that unpacks social taboos and acts as an outlet for introspection. Channelling her skillset into community arts event and initiatives, she has helped produce Candy Social Club’s 2021 Mardi Gras, local 2019 music festival Jailbreak Festival, and both Vena Cava’s playwriting program and workshop programs in 2018. In her ongoing work with Chance Collective and in her independent practice, Olivia’s style charms and alienates audiences, re-contextualising words and space to empower communities in the process.

MORE INFORMATION ON THE PROGRAM