Through the Playwrights-in-Residence program Playlab Theatre commissions playwrights to develop a work for production.

Lasting as long as a work needs, playwrights are provided with the guidance and resources necessary for a rigorous, inspired process of adventure and discovery, in pursuit of excellence. 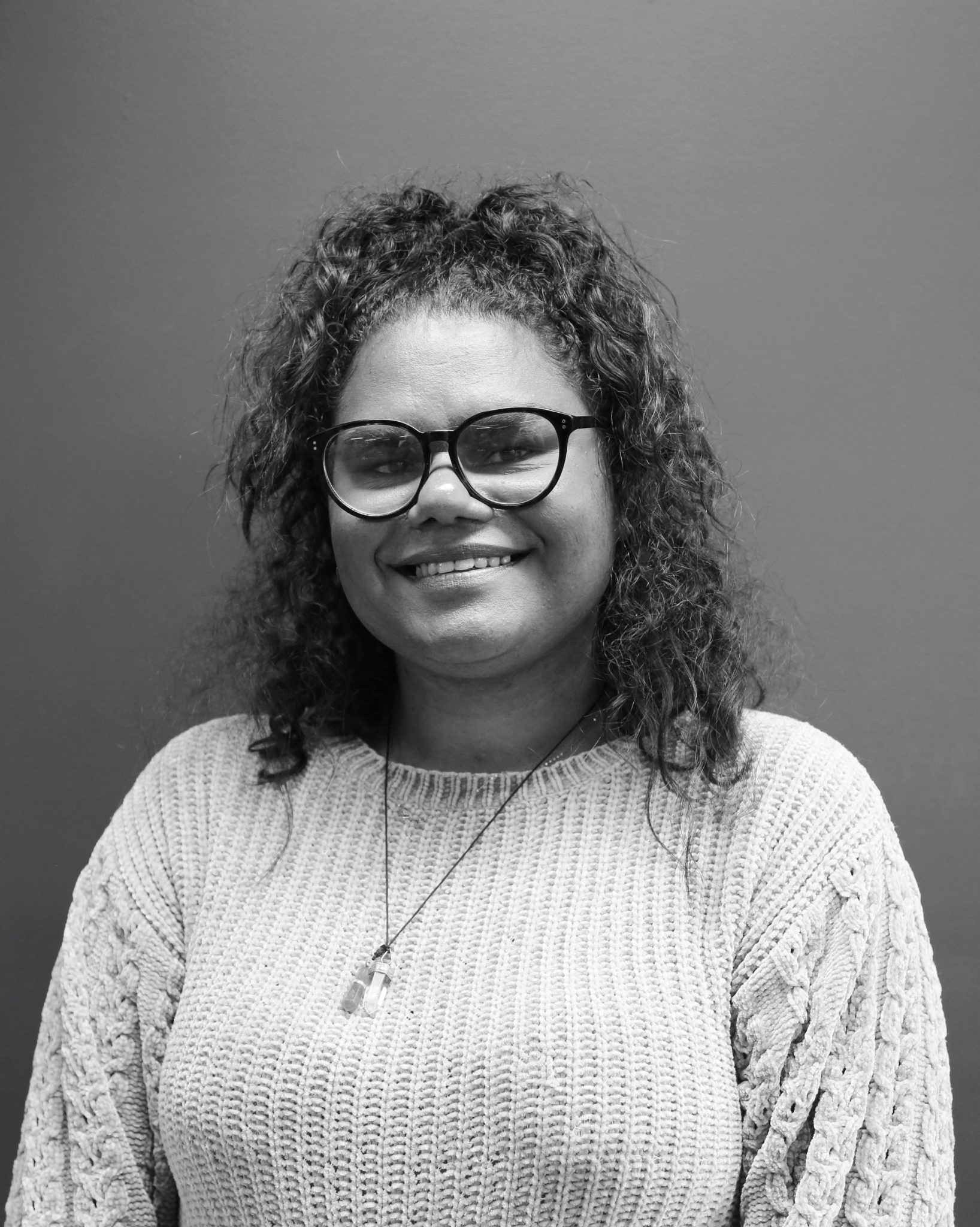 All Stars by Che Skeen

Romy, a struggling writer, has just had the breakthrough needed to finish the draft that she’s been working on for what seems like forever. Maggie has just landed the opportunity that will allow her to quit her bartending job. Alex is finally going to turn a friend with benefits into a boyfriend. And to top it all off, it’s the night of the Rugby League All-Stars game. It’s not a night out. It’s the night out.

With all their stars aligned, these three best friends set out to make tonight count. But when a celebrity encounter leads to a professional faux pas, an unexpected other girl enters the picture, and a hit of envy leads to jealous rage, will these three be able to even begin to navigate the normal pitfalls of their weekend adventures, or will tonight be their final hurrah?

All Stars is a big blak comedy about a big blak night out, with all the life-changing decisions that can come from being asked the question ‘you coming out tonight?’

Che Skeen is a Wakka Wakka/Birra Gubbi woman born in Meanjin. In 2019, Che was an actor in Playlab Theatre and QPAC’s inaugural First Nations playwrighting program, Sparks and read the plays of Hannah Belanszky (Shadow in a Dress) and Emily Wells (Face to Face). In 2020–2021, Che was accepted into the Sparks program as an emerging playwright where she wrote her first play, All Stars. In 2021, All Stars had readings at QPAC’s Merivale Street and La Boite’s HWY Festival.

Che currently works as a Producer for Digi Youth Arts and loves working creatively with community. Che’s passion is theatre, and she hopes to write and act on stages across Australia. 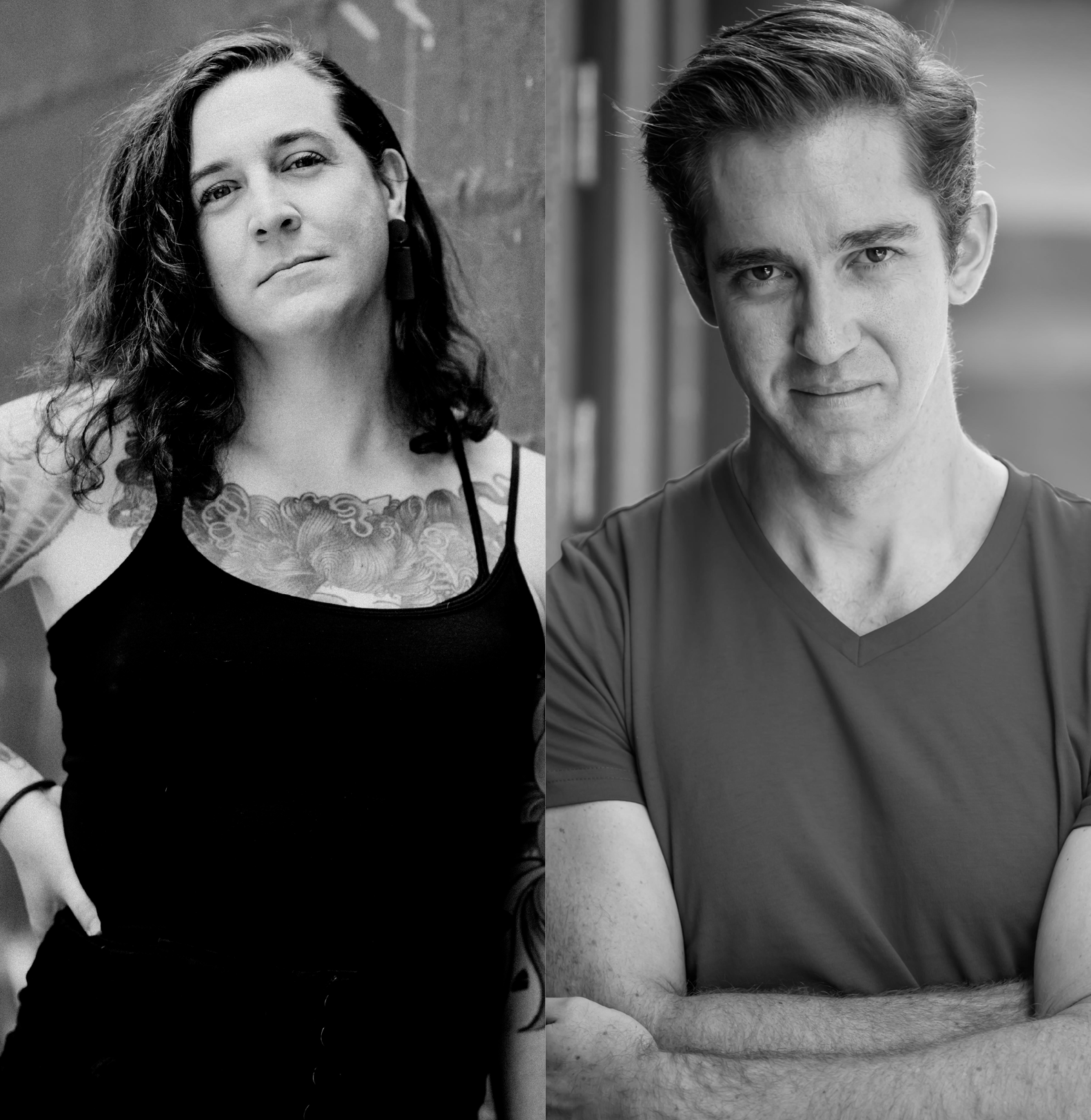 Intimate and deconstructing, Unconditional weaves a compelling tapestry of a relationship just as a “surprise” destabilises their union, their belief systems and their politics.

Told with humour, insight and absolute honesty, Unconditional re-examines and re-defines the nature of love and what we tell ourselves we would accept. Is love really unconditional or does it have conditions like everything else?

Both Seán Dowling and Cameron Hurry each write for one character in subjective monologue, duelling monologue and dialogue. Unconditional will have a 2023 production season.

Seán Dowling was one of Playlab Theatre’s 2020 Alpha Processing participants with her new work Quarehawk. She was one of the 2019 La Boite Theatre Company 21 Artists Development, where she wrote and produced the short 21 Dates. As a Graphic Designer and Illustrator who specialises arts organisations, Seán was a key creative in the development of Counterpilot’s transmedia projects Spectate, Crunch Time, Truthmachine and Avoidable Perils. She served as Assistant Director, Graphical User Interface Designer, Polygraph Guinea Pig, and illustrator, respectively. Seán has a background in writing for screen, having received Screen Queensland grants to develop the short films Skip to the End and The Beer Line. Seán was one of the founding members, writers and performers of The Sexy Detective Show, a nationally touring sketch comedy troupe. In 2006 Seán’s short film, Copy, swept both major awards for Best Film and Audience Choice in Brisbane International Film Festival Fast Film Competition, the Best Film in the Queensland Short Film Festival and Judge’s Choice in The Melbourne Comedy Film Festival and went on to be nominated and feature in international film festivals such as San Francisco Independent Film Festival, New Jersey Independent Film Festival, and the Salento International Film Festival.

Cameron Hurry is a Brisbane-based actor and writer. He was trained as an actor through the University of Southern Queensland. His theatre credits include King Lear: Monster Show (The Curators), The Woman In Black (HOTA/White Rabbit), The Lonesome West (Troop Productions), Frankenstein (Fractal Theatre), Macbeth (JUTE Theatre), and The Lieutenant Of Inishmore (Astheatre). Film and television includes Young Rock (NBC), The Bureau of Magical Things (Eleven), Dolls (Flickerfest), Avulsion (Screamfest), Wanted (Matchbox, Channel 7), and The Alpha (ABC2). Cameron co-created the original clown show Suckers for Harvest Rain’s Independents Program. Additional writing includes the short horror film Night Fill, which won the Jury Award at the Australian Independent Film Festival, as well as Best Horror, Best Producer, and Best Actor at the Sanctuary Cove International Film Festival, and was one of twelve best films of the year at the Stellar Short Film Festival. His second film, the comedy Christian In The Closet, took home People’s Choice at the Muskoka Queer Film Festival. In 2019 Cameron was a part of Playlab’s Incubator Program where he penned his first full length comedy. He is currently co-writing his first feature-length comedy set for production later this year.

Unconditional is proudly supported by The Creative Sparks Fund – a partnership between Queensland Government and Brisbane City Council to support local arts and culture in Brisbane.