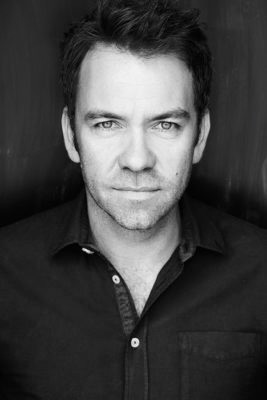 BRENDAN COWELL is a writer and director working in theatre, film and television.

Brendan wrote and directed the feature film adaptation of his hit play RUBEN GUTHRIE which was produced by Kath Shelper of Scarlett Pictures. RUBEN GUTHRIE was the opening night film at the 2015 Sydney Film Festival, screened at the BFI London Film Festival, and had a national theatrical release.

Brendan also wrote and directed the telemovie THE OUTLAW MICHAEL HOWE for Cordell Jigsaw which aired on ABC1 in 2013. Brendan wrote two episodes of THE SLAP for ABC television. His episode HARRY won the 2011 AACTA award for best screenplay and was nominated for an AWGIE. The series won a Silver Logie for Outstanding Drama Series, Miniseries or Telemovie; and was nominated for a BAFTA Award for Best International Television Series and an International Emmy Award.

Brendan wrote episodes for LOVE MY WAY, ABC TV’s MY PLACE; LIFE SUPPORT as well as feature films SAVE YOUR LEGS in 2013 and co-write TEN EMPTY in 2008. Brendan is currently developing an original television series for Channel 4 in the UK.

Brendan wrote a new work for the stage, THE SUBLIME, premiered at Melbourne Theatre Company in 2014, since been nominated for an NSW Premier’s Literary Award. Brendan’s previous stage play RUBEN GUTHRIE had a successful 2009 season in Sydney at Belvoir and has subsequently had productions at the Silo Theatre in Auckland, La Boite in Brisbane, Red Stitch in Melbourne and WAAPA in Perth. Brendan’s first play, MEN, was performed at the Old Fitzroy Theatre in Sydney in 2000 and has since been performed in Melbourne, Edinburgh and New York. It was revived in Sydney this year. His play RABBIT won the Griffin award before premiering at the Griffin Theatre Company in Sydney in 2003 and has been performed in Berlin and toured the UK with Frantic Assembly. HAPPY NEW, which premiered at the Old Fitz in 2001 has been performed in the UK at the Old Red Lion Theatre and the Trafalgar Studios on the West End.

Brendan is working on his second novelÂ for Picador. His debut novel, HOW IT FEELS, was published by Picador in 2010 and was nominated for an ABIA in 2011.