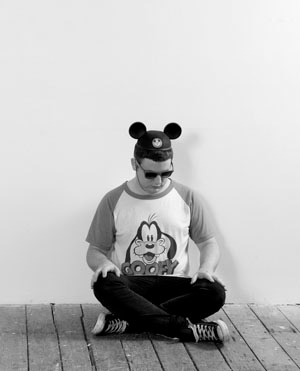 Daniel Evans is a writer, listener, libertine and pop aficionado. Partial to the fantastical and absurd, Daniel wrote his first play, Opening A Fuzzwollop’s Frame Of Mind, at age sixteen. The work went on to win the 2000 Queensland Theatre Company’s Young Playwrights’ Award and, in 2002, was published by Currency Press. Fuzzwollop has since been performed both nationally and internationally and is studied in high schools around the country.

His subsequent works for the stage include Never For Ever, Ivy Shambitt and the Sound Machine, Holy Guacamole, The Reunion (co-written and directed with Rebecca Meston), Holidayz, Dirty Moles, Smother and an adaptation of Angela Carter’s The Lady Of The House Of Love. He has also directed the alco-pop drenched Single Admissions, Nina Raine’s Rabbit (Metro Arts Allies) and, for Griffith University, Totally Epic & Utterly Lame, Big Hair In America, Antigone and Face to the Wall.

From 2008 – 2009 Daniel was a Director of the National Young Writers’ Festival, a five-day event as part of the highly-praised emerging and experimental arts mecca This Is Not Art in Newcastle.

Daniel has written for the final season of Network Ten and Endemol Southern Star’s Big Brother and SBS’ coverage of Eurovision 2010. He was the Arts Editor of Queensland’s leading street press SCENE Magazine from 2005 – 2009 and is a Senior Contributor to Frankie Magazine.