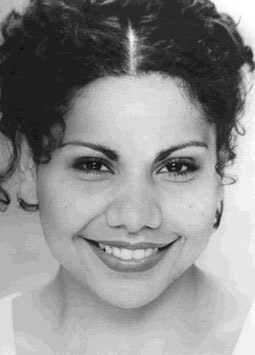 Deborah Mailman is one of Australia’s most popular and successful actors who received national acclaim in 1998 winning both the AFI and Film Critics’ Circle Award for most outstanding actress for her portrayal of ‘Nona’ in the film Radiance. Since then she has worked extensively in film, television and theatre and is most recognised for her role as ‘Kelly’ in the television series The Secret Life of Us. Her other television credits include lead guest roles in Rush, The Alice and Bryan Brown’s Two Twisted. Deborah was also a regular television presenter, hosting Playschool and Message Sticks for the ABC and Lonely Planet’s Going Bush with Catherine Freeman for SBS. Film credits include Dear Claudia, The Monkey’s Mask, Phillip Noyce’s Rabbit-Proof Fence, Ana Kokkinos’ The Book of Revelation, The Lucky Miles, and most recently Rachel Perkins’ Bran Nue Dae which premiered at the 2009 Melbourne International Film Festival.

Deborah’s most recent theatre credits include the role of Antigone for Company B and performances in Mother Courage and her Children, The Lost Echo, The Bourgeois Gentlemen and Tales from Vienna Woods for the STC Actors Company. Other credits include As You Like It, The Small Poppies, Aliwa, and The Sapphires for Belvoir St Theatre, Barrie Kosky’s production of King Lear for Bell Shakespeare, One Woman’s Song and Radiance for QTC and The Taming of the Shrew for La Boite Theatre. Her one-woman show The Seven Stages of Grieving co-devised with director Wesley Enoch, toured both nationally and internationally to the London International Festival of Theatre and Zurich Arts Festival to critical acclaim.

Deborah’s outstanding performances have been acknowledged with two Silver Logies for Most Outstanding Actress in a television series, Matilda Award for her stage performances in Radiance and The Seven Stages of Grieving, a Helpmann Award for Best Supporting Actress in the STC production of The Lost Echo, a Helpmann Award nomination for Best Actress in The Sapphires, a 2007 Deadly Award for Best Female Actor and in 2003 was named NAIDOC Person of the Year. Deborah is a recipient of the 2010 InStyle Women of Style Awards for her contribution to Arts and Culture.