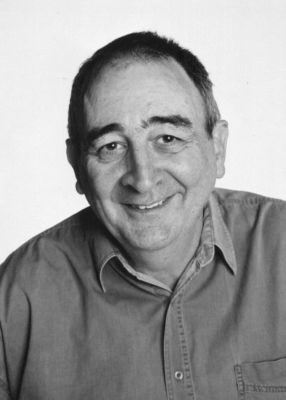 Errol O’Neill has worked since the early 1970s as an actor, playwright, director, dramaturg and producer, specialising in the creation of new work for the theatre. He was an actor, then a resident writer-director with the Brisbane-based Popular Theatre Troupe (1977-82), where he performed in, wrote and directed many political satires which toured throughout Queensland and nationally.

He has written many plays on aspects of Queensland and Australian history, which have been produced by La Boite, Queensland Theatre Company, and other theatres and community organisations in Brisbane, Queensland and interstate, including:

• Popular Front – a play about the 1930s and 40s and Australia’s only elected Communist MP (Fred Paterson): Produced by La Boite, 1986; TheatreWorks (Melbourne), 1987; Brisbane Theatre Company, 1989 (including a tour of North Queensland). Published by Playlab Press 1988

• On the Whipping Side – a play about the 1891 shearers’ strike: Produced by Qld Theatre Company (QTC), 1991 (including a tour of central, northern and western Queensland). Published by Playlab Press 1991

• The Hope of the World – a play about trade unions and the moral dilemmas of the left during the Bjelke-Petersen era: Produced by QTC, 1996; Newcastle Rep, 1999.

• The Mayne Inheritance – a play Produced by La Boite 2004. Published by Playlab Press 2004

• Red Soil White Sugar – a play about the 1911 sugar strike, set in Childers. Commissioned by Creative Regions and produced in Childers 1911

Errol has credits in acting and writing for radio and has appeared in many short films and videos. He has published short stories, written articles for various books and journals on aspects of theatre and society, and been a guest lecturer in tertiary drama courses. From 1984 to 1987 he was a member of the Australia Council and served on the Council’s Literature Board grant committees in 1990 and 1999. He is a long-standing member of The Media Entertainment and Arts Alliance (Actors Equity) and the Qld representative on the Australian Writers’ Guild’s National Stage Committee. In 2003 he was awarded a Centenary Medal for services to the arts and to the entertainment industry, the Alan Edwards Lifetime Achievement award from the Actors and Entertainers Benevolent Fund, and the Playlab Award for services to new work in Queensland.