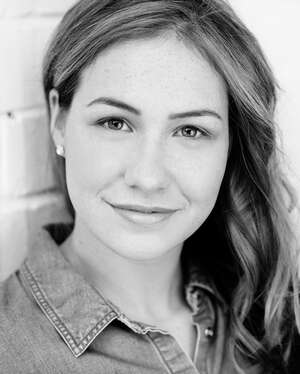 Hannah Belanszky is an emerging writer, actor and Yuwaalaraay woman based in Brisbane. Her focus is on telling Aboriginal stories and creating work that is bold, imaginative and female driven. Hannah’s play don’t ask what the bird look like was a finalist for the 2018-19 Queensland Premier’s Drama Award and was commissioned by Queensland Theatre. She wrote and directed her cabaret The Wives of Wolfgang which was performed at Brisbane Powerhouse in 2017 and toured to Fringe World Perth and Adelaide Fringe in 2020 where it was awarded Best Cabaret at the Adelaide Fringe Weekly Awards. Her play Shadow in a Dress was developed through QPAC/Playlab Theatre’s ‘Sparks’ program for First Nations writers and was programmed at La Boite HWY.  Hannah has been commissioned by Playlab Theatre to co-write a new eco-feminist work, Rising, and by All Hallows’ School to write a play for large youth cast. Hannah is also co-writer and performer in Ghost Story, a new work created by Kristen Maloney, which blends augmented reality with live performance and  has been developed as part of the 2020 Metro Arts Creative Development program. As an actor, Hannah’s credits include Harrow and roles in television commercials for Village Retirement, Humira, Dominos and Ascent Shoes.