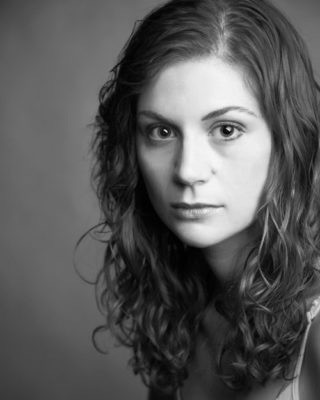 Kathryn is an actor and a playwright. Her theatre performances include Magpie (Playlab),  A Midsummer Night’s Dream, The Glass Menagerie, As You Like It, Ruben Guthrie and The White Earth (La Boite), Faustus (Bell Shakespeare/QT), The Crucible, Maxine Mellor’s Mystery Project, and 25 Down (Queensland Theatre), Bastard Territory (JUTE/Brown’s Mart), Prehistoric and After All This (Elbow Room), April’s Fool (Empire), Tender (…and Moor), Risk (Umber), Catholic School Girls (ThreeSisters/Mad Cat), Brontë (ThreeSisters), Cinderella, Jane Eyre, Little Women, Two Weeks with the Queen, Into the Woods, and The Taming of the Shrew (HRTC). Her film and television credits include the feature film Don’t Tell (Tori Garrett), and series’ Secrets & Lies (Hoodlum/Network Ten), and Sisters of War (ABC). Kathryn was engaged in the Emerging Artist program for QT in 2009. She won the 2009 Matilda Award for Best Emerging Artist, was nominated for the 2010 Matilda for Best Supporting Actress and won Best Ensemble at the 2015 Melbourne Green Room Awards for Prehistoric. She is a graduate of the acting program at the University of Southern Queensland.

Kathryn is also a playwright. Her published/performed works include: The Secret Garden (QT Young Artist Ensemble/Dead Puppet Society); The Dead Devils of Cockle Creek (Playlab/La Boite); The Owl and the Pussycat (Little Match); Furious Creatures (QPDA Finalist/Playwriting Australia workshop participant); and Pale Blue Dot (La Boite).  In 2017, Kathryn was Playwright In Residence at Playlab, and, in 2013, Kathryn held the position of Playwright in Residence at La Boite Theatre Company. Kathryn sat on the board of Associate Artists at Queensland Theatre from 2011 until 2013. Kathryn has recently completed her Masters of Philosophy in Playwriting from UQ.

Horizon by Maxine Mellor opens at Brisbane Powerhouse from Wed 19 May – Sat 29 May!

GET YOUR TICKETS NOW >