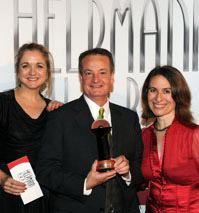 Monkey Baa was established in 1997 by three actors, Tim McGarry, Sandra Eldridge and Eva Di Cesare. Based in Sydney, the company has achieved critical acclaim for its work and today enjoys a national reputation for producing quality theatre programs for young people, their families and theatregoers. Each year Monkey Baa tours its work throughout Australia taking theatre to rural and regional centres, as well as capital cities.

Monkey Baa have had published three of its adaptations through both Playlab and Currency Press.

As part of the company’s vision, Monkey Baa aims to theatrically engage young audiences through the telling of Australian stories that entertain, inspire and encourage a greater understanding of the world and their place in it. For further information or to suggest a book to adapt please go to www.monkeybaa.com.au

Morris Gleitzman’s Worry Warts was the third Australian story that the company adapted.