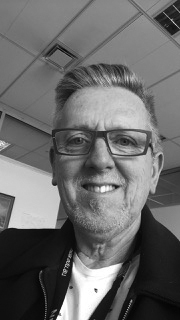 Stephen Sewell is one of Australia’s most celebrated and experienced writers.
Well-known for his film and theatre work, including his AFI Award winning script THE BOYS; and plays such as THE BLIND GIANT IS DANCING, IT JUST STOPPED, and MYTH, PROPAGANDA AND DISASTER IN NAZI GERMANY AND CONTEMPORARY AMERICA – A DRAMA IN 30 SCENES, Sewell is one of the most celebrated and experienced writers in Australia. He chaired the Australian National Playwrights Centre for a number of years and is the recipient of numerous awards, including a two year Australian Council Literary Fellowship and the prestigious ANPC Award for Significant Contribution to Australian Theatre in 2004.

Sewell has worked as theatre writer, dramaturg, screenwriter, script editor, theatre and film director, lecturer, workshop supervisor and spoken innumerable times on panels, in interviews and as a featured speaker in many different forums. His work has covered a wide variety of fields and activities, from cabaret through to musical theatre, drama and an extensive screenwriting career, being involved as screenwriter or script editor with some of Australia’s most significant films, such as TRUE LOVE AND CHAOS, CHOPPER, and numerous others. In 2014, Sewell participated with Mental Media in writing and directing for their interactive audio tour forming part of the new World War I gallery of the Australian War Memorial. In addition to his theatrical and film careers, Sewell has published three novels, BABYLON (2011), ANIMAL KINGDOM (2010) and THE CAPTIVE (2013) and numerous articles, in magazines such as Southerly and websites such as The Drum, as well as conducting writing intensives, most recently in Mexico City and Cuernavaca (2014).

His 1983 play, BLIND GIANT, enjoyed an outstanding revival at Belvoir Street in 2016, garnering both commercial and critical success, and his directorial debut, the feature film EMBEDDED premiered at the 2016 Sydney Film Festival. Sewell has been Head of Writing for Performance at the National Institute of Dramatic Art, in Sydney since 2012. In that capacity he took the writing course from what originally was a Diploma level to its current MFA status. Sewell was awarded his Doctorate (DARTS, Uni. of Syd.) in 2017.

In addition to Heading the Department, he is currently the Chief Investigator in a research program looking at the effect of the course on Creativity, which is his specialized area of interest.

He is presently co-writing with Dr. Sue Woolfe a textbook on Creativity, to be published by the University of Western Australia Press. Sewell’s play WELCOME THE BRIGHT WORLD will receive an Adelaide production in September, under the auspices of the South Australian Theatre Company. His play, ARBUS & WEST, premiered at the MTC, and a circus piece, co-devised with Zebastian Hunter, PERPETUAL FRUSTRATION MACHINE will premiere at Theatre Works, in Melbourne, in December. Sewell has collaborated with Dr. Dennis Del Favero on numerous digital projects, including several through iCinema in UNSW, one of which premiered at the Sydney Film Festival in 2015.

He has written and devised two pieces with the disabled performers collective, Midnight Feast; their first collaboration, CHRYSALIS premiered in 2017 and the second, FIRESIDE, opened November 2018, both at the Sydney Opera House. He has also devised and organized a NIDA outreach program to schools across Australia cultivating theatre appreciation amongst high school students.

He is married, with two children.