Select any three of our ATYP commission publications below 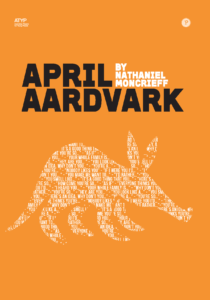 April Aardvark
EZ and his gang of bullies have created a fake social media account to inflict torment and misery on their fellow students. The account’s name, “April Aardvark”, echoes through the halls with fear and confusion. The gang is smugly satisfied with the results, until the day a student shows up to class claiming to be April Aardvark. She is the living, breathing manifestation of the account – a mean, obscene insult machine. She spreads chaos through the school, turning student against student and bully against bully. But is she really who she claims to be? And if so, how can she be stopped? Only one thing is certain – she is the greatest bully that ever lived. 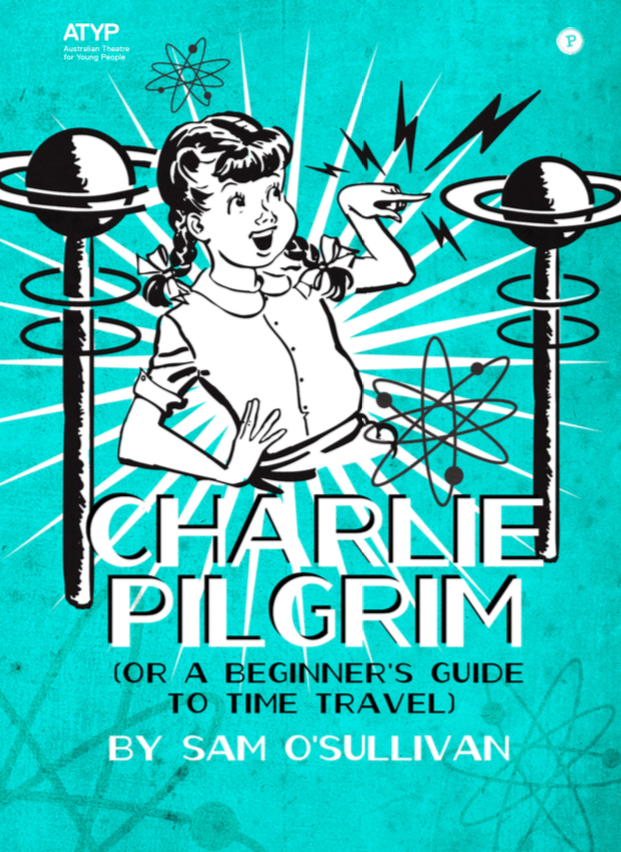 Charlie Pilgrim (Or A Beginner’s Guide To Time Travel)
Have you ever wanted to change the past? Charlie Pilgrim has. And with the prototype of her time machine – The Mobius – ready for a test run, she was hoping to get her chance.Unfortunately, starting up the machine has accidentally created a closed time loop that adds a new Charlie every twenty-four hours. With the population rising and group dynamics coming into play, things go from Interstellar to Lord of the Flies pretty fast. To save her soul, and prevent the universe from collapsing under the weight of a mounting series of mind-bending paradoxes, Charlie is forced to do battle… with herself. 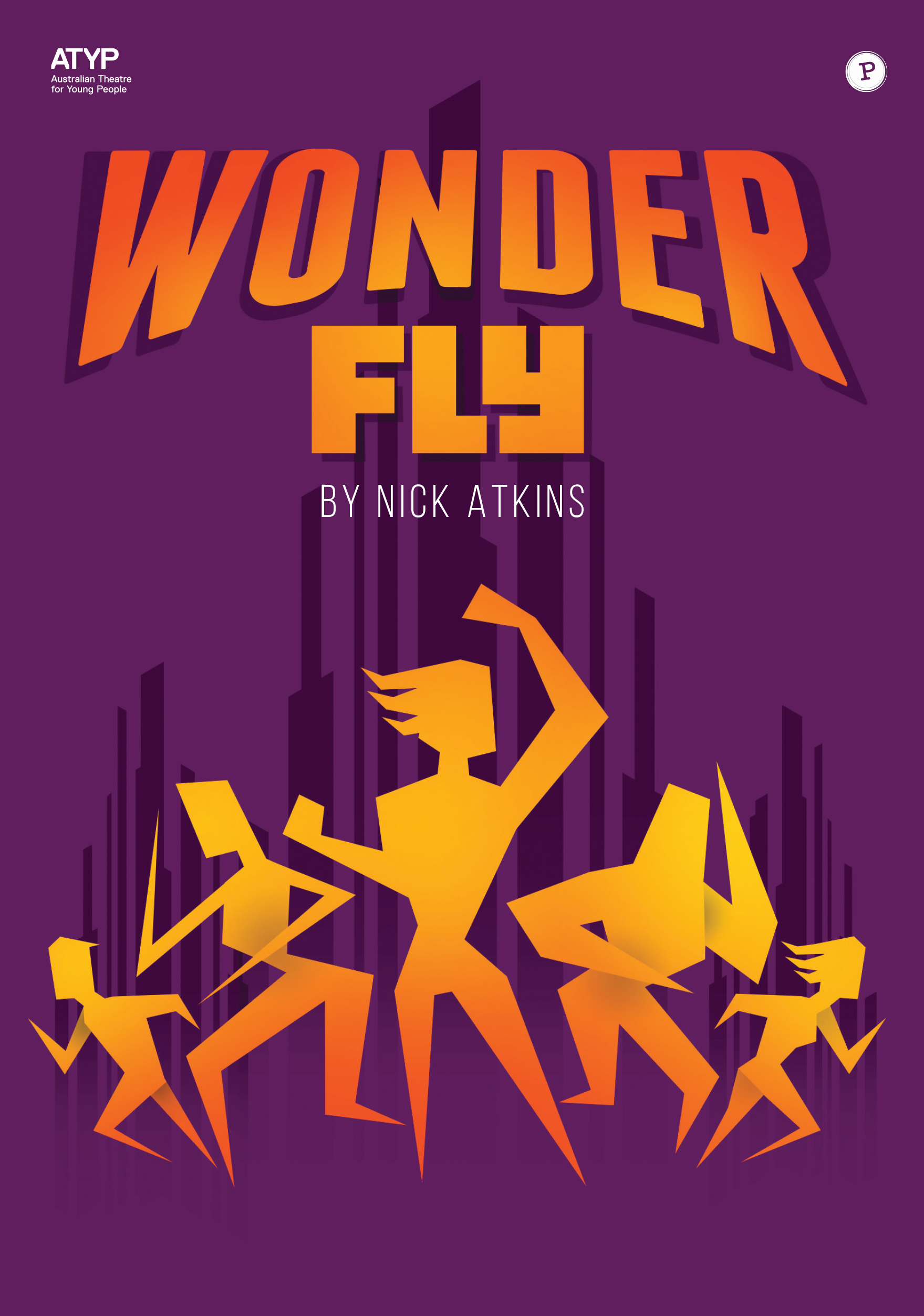 Wonder Fly by Nick Atkins
Bridie doesn’t tend to stand out. It’s halfway through her first year of high school and nothing seems to be changing. That is until, a box mysteriously appears on her bed. Attached to it is a card that reads, “It’s time to become who you were born to be Wonder Fly. The Red Wasp strikes midnight tomorrow.”Wonder Fly is a coming-of-age hero’s quest. The only problem is; no one’s sure who the hero is supposed to be. Set in Sydney-slash-Gotham City, the play leaps out of the world of a comic book. People are isolated, and evil preys on the spaces in between. There are bright lights and dark alleyways, just the way the Red Wasp intended. 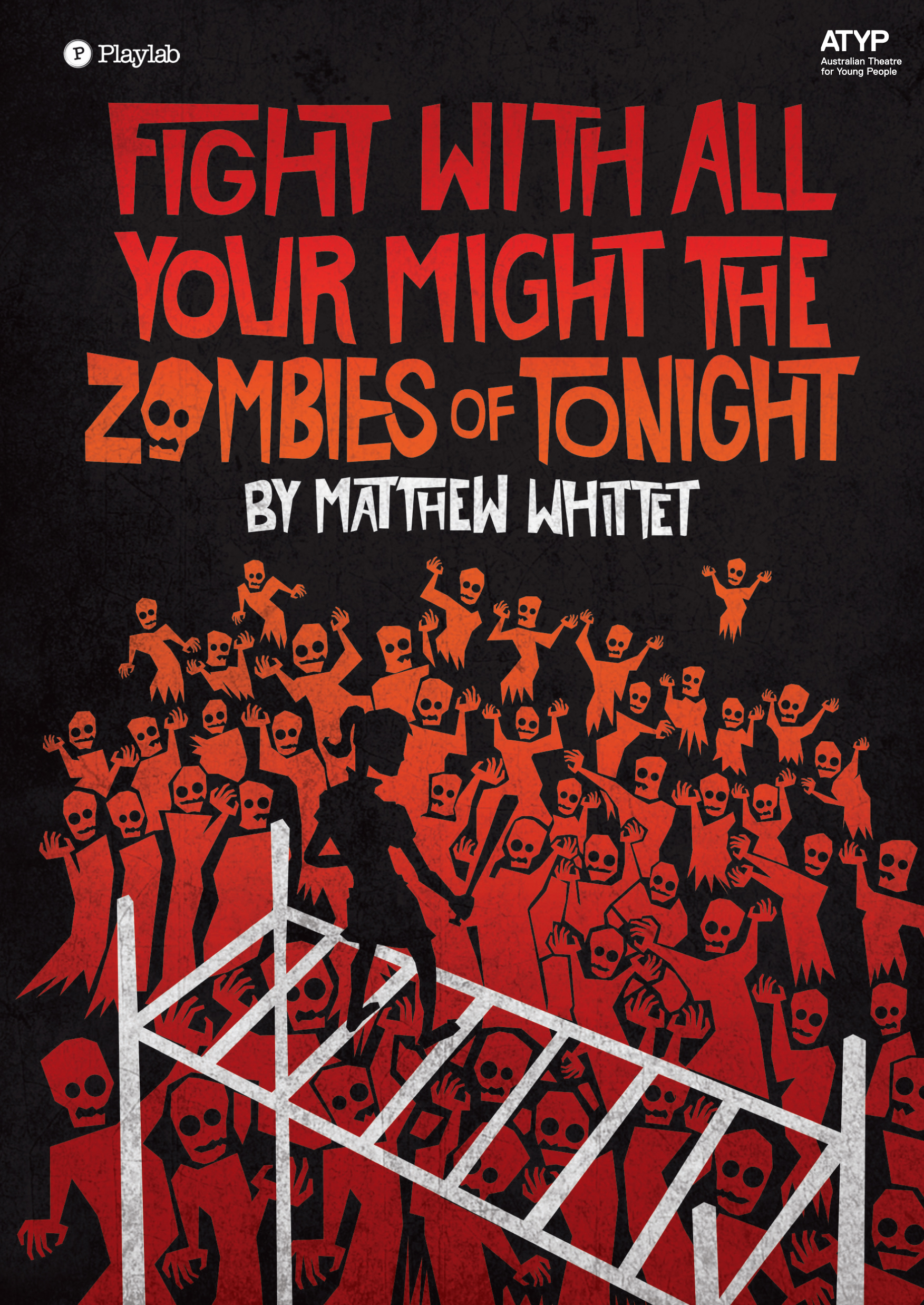 Fight With All Your Might The Zombies Of Tonight by Matthew Whittet
It’s not easy being young and smart.Alex is a twelve-year-old with a keen eye and a wit to match. She’s been watching everyone at school for the last few days like an eagle… or maybe a hawk, and something’s not right. Everyone is acting weird. They’re all starting to say the same things, wear the same clothes, do bad dance routines in the corridors for no reason at all and meet up after school to drink decaf-mocha-latte-soy-frappucions. The writing’s on the wall. She knows what’s happening. They’re all turning into zombies. 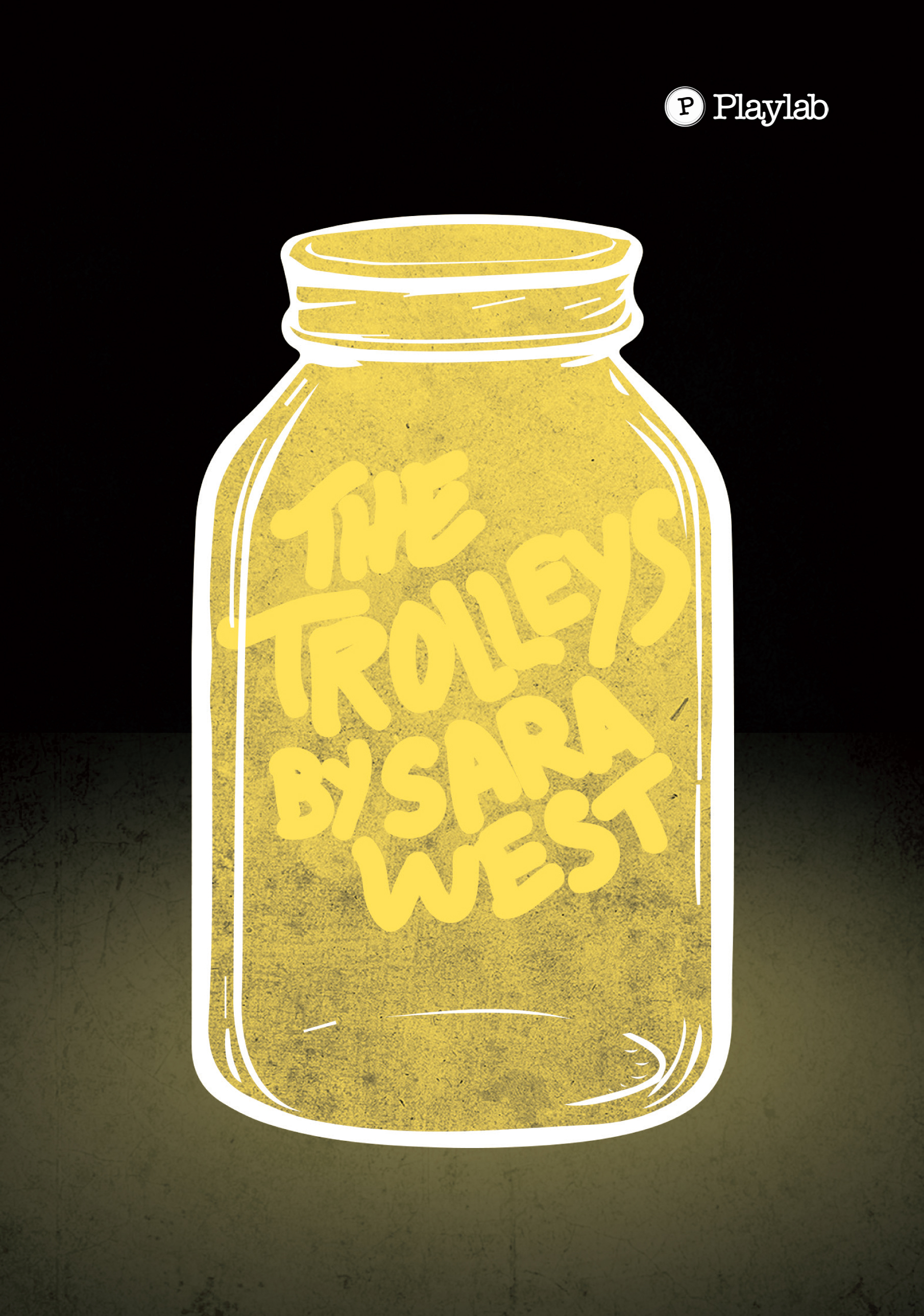 The Trolleys by Sara West
The Trolleys are a gang of six living on the outskirts of the city. They need their light jars to survive the dangerous place they live in but their lights are fading fast and no one knows why. It’s up to Savage Kim and her fiery, soulful, smart, skittish (and sometimes silly) gang to embark on a dangerous journey to figure it out. All they know is that they don’t have much time and if they fail they too will disappear. They will be Dusters.This captivating new play by Sara West won the 2014 ATYP Foundation Commission Award. It’s got a big heart and asks big questions. What happens if you inherit a world where you aren’t safe? What do we need to survive in the dark? Who will save us if we can’t save ourselves?No one wants to be a Duster… 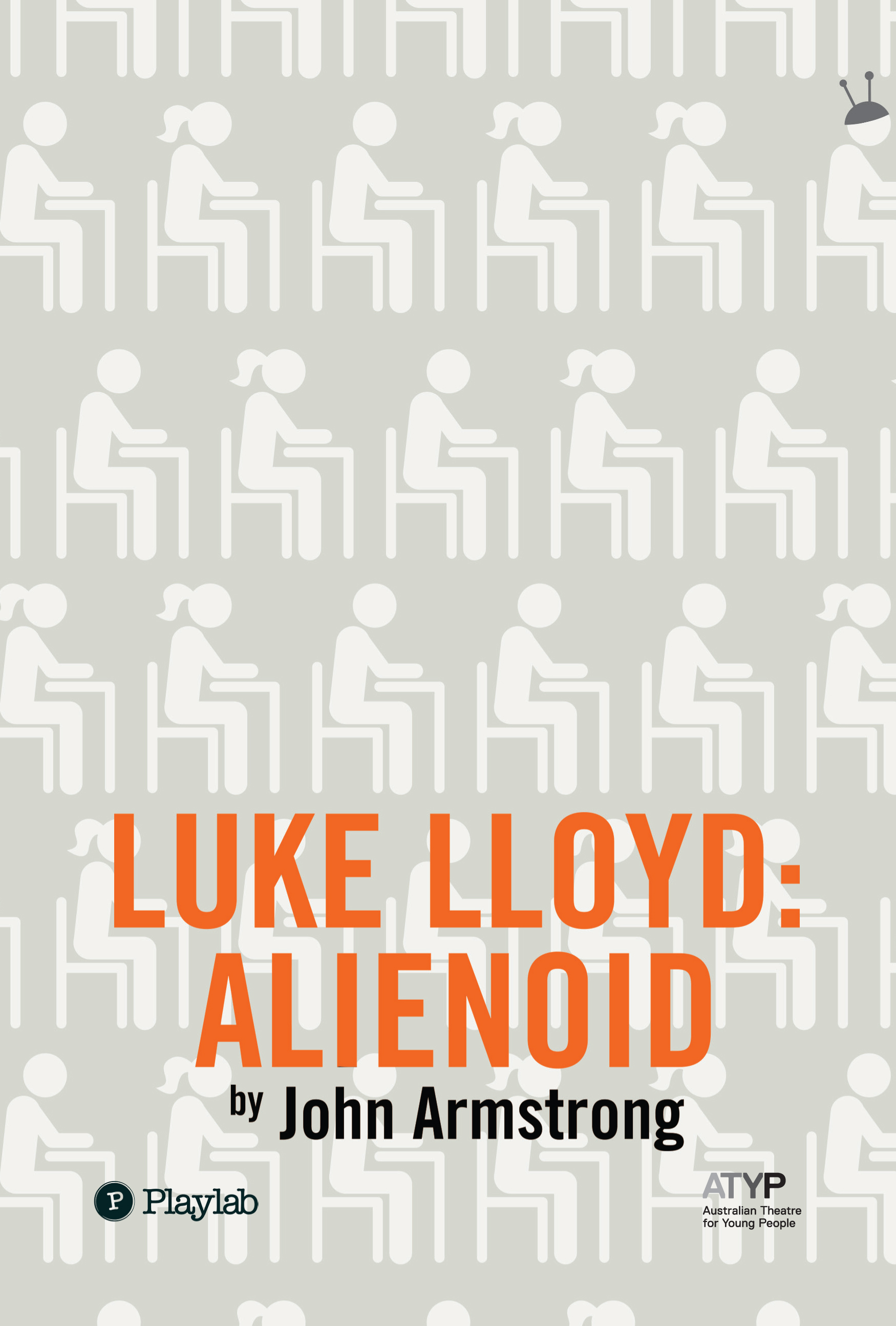 Luke Lloyd: Alienoid by John Armstrong:
Luke is smart, funny, shy and highly imaginative – but has no friends at school. In fact, he feels like he’s not even of the same species as the other kids in his class. But that isn’t surprising, because he’s not.Luke’s father (whom he has never met) came from a distant planet – which makes Luke half human, half alien. He’s an ‘alienoid’. Which explains a lot, thinks Luke. This delightful new play for actors aged between 10 and 13 is the winner of the 2013 ATYP Foundation Commission. Fresh from the imagination of AFI and Logie Award-winning writer John Armstrong, Luke Lloyd: Alienoid speaks to the little bit of alien in all of us. 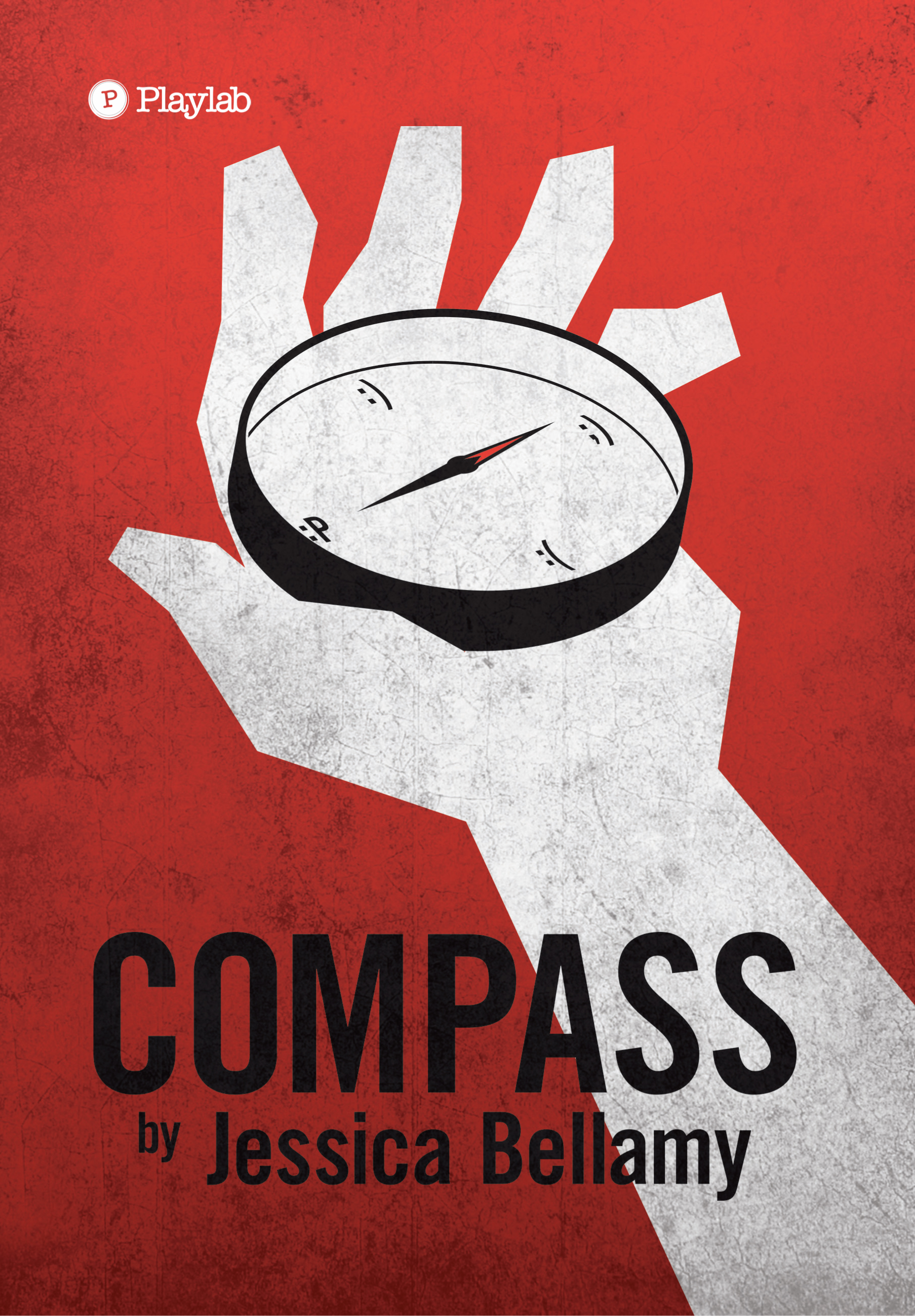 Compass by Jessica Bellamy
The teacher is missing, there isn’t enough food, it’s getting dark and no one mentioned that the toilets out here are nothing but holes in the ground.For a small group of students, it seems their grade seven camp couldn’t get much worse, that is until a stranger appears.Compass is a comedy with a sting in its tail, which asks how far we’ll go to hold on to what we think we deserve. If we are barely managing to take care of ourselves, how do we treat an outsider? Is our moral compass set in stone, or can we get lost?

Let Playlab help you obtain the performance rights for your production. Simply click on ‘Performance Rights Enquiry Form’ below and we will get you on track to having your production off the page and onto stage.

Any performance or public reading of any text published by Playlab is forbidden unless a licence has been received from the author or the author’s agent. The purchase of a Playlab publication in no way gives the purchaser the right to perform the play in public, whether by means of a staged production or as a reading. Please direct all inquiries concerning performance rights, publication, translation or recording rights to info@playlabtheatre.com.au or call us on (07) 3220 2763.