“Katherine Lyall-Watson‘s play is a beautifully-crafted piece and was recognised as a Patrick White Playwright’s Award finalist.”…

Based in fact, the epic and intimate Motherland intertwines the sweeping stories of three very different women from different times, united in the heartach of exile from their homelands.

From the chaos of a Russian military coup, through the hell of Nazi-occupied France to a turbulent Brisbane in the throes of the Fitzgerald Inquiry, Brisbane playwright Katherine Lyall-Watson has penned a painstakingly researched histrocial drama about how world-changing events can ripple out and take a terrible toll on everyday lives.

Motherland was first produced by Metro Arts and Ellen Belloo at the Sue Benner Theatre, Brisbane on 30 October, 2013. 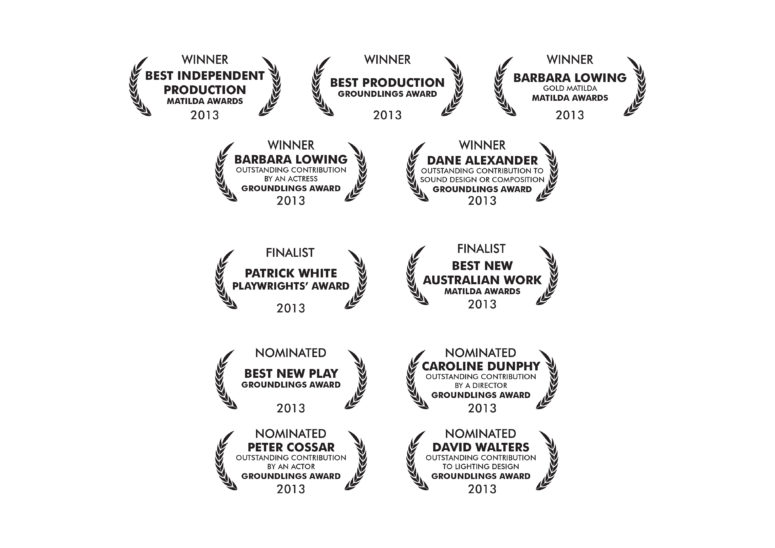 Let Playlab help you obtain the performance rights for your production. Simply click on ‘Performance Rights Enquiry Form’ below and we will get you on track to having your production off the page and onto stage.

Any performance or public reading of any text published by Playlab is forbidden unless a licence has been received from the author or the author’s agent. The purchase of a Playlab publication in no way gives the purchaser the right to perform the play in public, whether by means of a staged production or as a reading. Please direct all inquiries concerning performance rights, publication, translation or recording rights to info@playlabtheatre.com.au or call us on (07) 3220 2763.