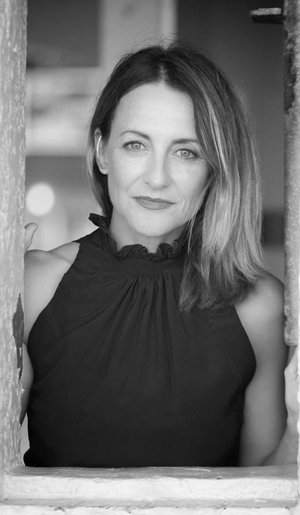 Caroline is the Co-Artistic Director at Belloo Creative and a current Artistic Associate at NORPA. She has worked over the past 25 years as an actor, director, theatre maker and educator.
After Caroline’s graduate debut with Queensland Theatre and years on the mainstage at La Boite in Brisbane, she specialised in avant-garde theatre, training in the Suzuki Actor Training Methodology for 15 years both in Australia and Japan as a senior company member of Brisbane based Frank Theatre until 2010. Caroline has appeared on Australian and British television and acted with a range of theatre companies nationally. She holds a repertoire of original theatre works dedicated to innovative performance and new Australian stories with independent makers (Belloo Creative, The Good Room, The Danger Ensemble, Little Match Productions) and major organisations in contemporary theatre, drama, cabaret and comedy. Caroline was on the board of Queensland Theatre from 2003 to 2006, has taught at universities nationally (most recently the QUT Acting Program), is currently an associate artist at NORPA (NSW), and with Belloo Creative, company in residence with Queensland Theatre.

In 2019, Caroline performed nationally with The Good Room’s touring production I Want To Know What Love Is and The Danger Ensemble in Let Men Tremble (Theatre Works, Melbourne). She recently directed the Queensland Theatre’s Youth Ensemble in the Queensland Young Playwright’s Award winning play.
In 2020 Caroline will be directing Phaedra for Queensland Theatre and co-directing House in the Dunes (The Sand Project) with Japanese co-director Koh-Toh-Shi as part of Tokyo Performing Arts Meeting (TPAM) in Japan.