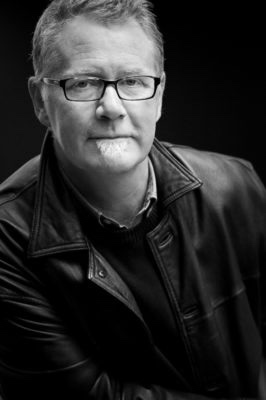 Daniel Keene has written for the theatre since 1979. He has won the Victorian Premier’s Literary Award for Drama twice, the NSW Premier’s Literary Award for Drama three times, the Adelaide Festival Award for Literature, the Wal Cherry Play of the Year Award, the Sumner Locke Elliot Prize (New York) and the Griffith University Creative Writing Program Award at the Queensland Premier’s Literary Awards. He has also received, with Ariette Taylor, the Kenneth Myer Medallion for the Performing Arts for hiscontribution to Australian theatre with the Keene/Taylor Theatre Project. His work has been presented at the Melbourne, Sydney and Adelaide International Arts Festivals and at the Melbourne Theatre Company and Sydney Theatre Company.

Since 2000, over 80 productions of his work have been presented in Europe, predominately in France. He was the first (and so far, the only) Australian playwright to be produced in the main program of the Avignon Festival, and major productions and tours of his work include theatres such as the Théâtre de la Commune in Paris, Scéne Nationale de Toulouse, Scéne Nationale de Valence, Scéne Nationale de Bordeaux and the Théâtre de la Ville in Paris. Seven volumes of his plays (French translations by Severine Magois) have been published by éditions Théâtrales, Paris. Over the past three years, more than a dozen of his plays have been performed and toured in France, Spain, Germany, Belgium, Switzerland, Spain, Portugal and Luxembourg. In January 2013, a bilingual production of Cho Cho San, his adaptation of Madame Butterfly, opened in Beijing before beginning a tour of China.

In 2009, his play for Young Audiences, L’Apprenti (The Apprentice), was awarded the Prix Théâtre en Pages presented by Scéne Nationale de Toulouse.