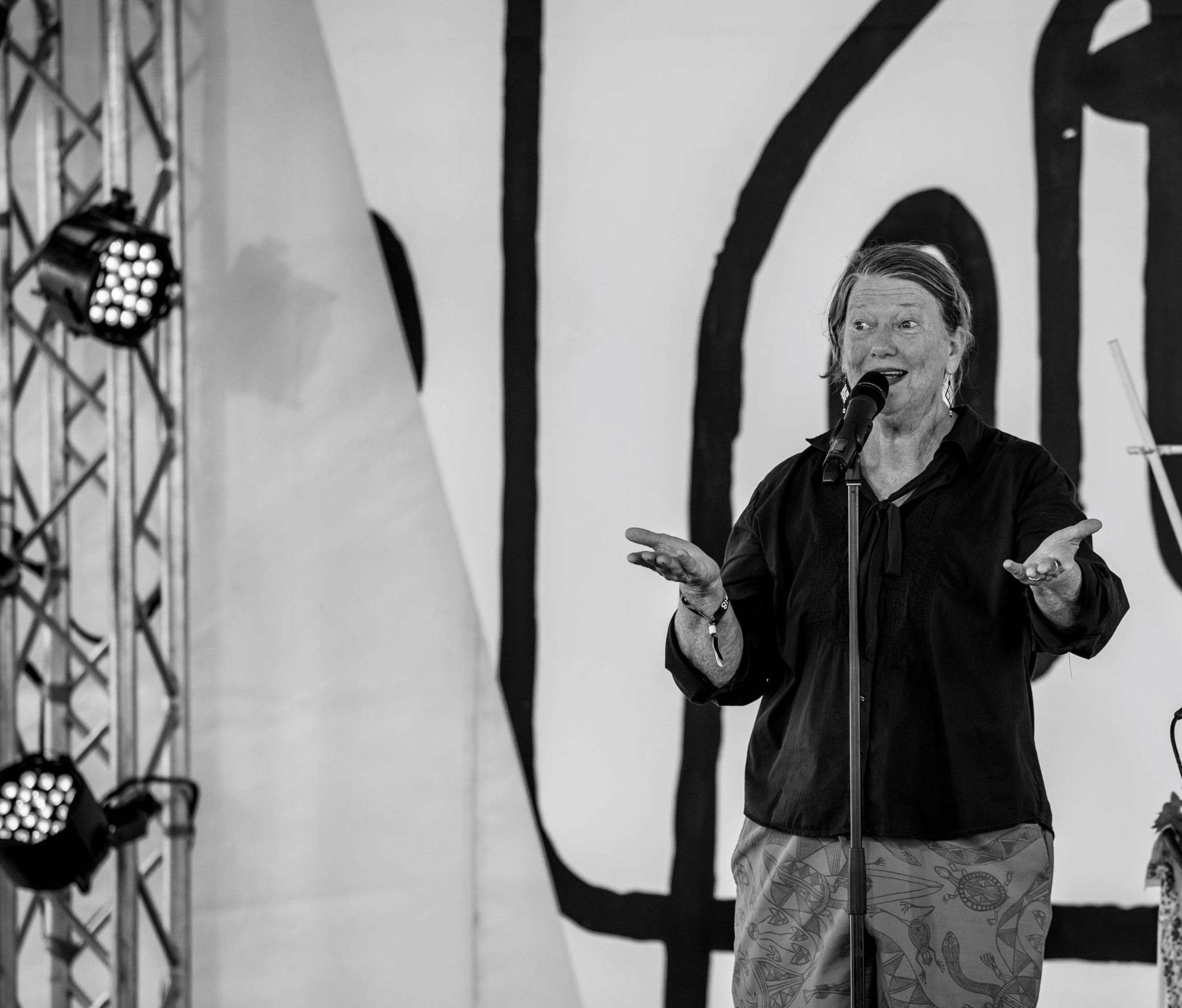 Therese Collie toured with the Popular Theatre Troupe before studying at the Lecoq School in Paris. A playwright, director, actor and dramaturge, in 2000, Therese was awarded an Australia Council Fellowship and The Playlab Award for her commitment to developing and presenting imaginative new work and fostering a sense of community in Queensland.

Other career highlights include: Director/Co-creator of the AWGIE award-winning Torres Strait Islander Children’s Play, Kese Solwata for KITE Theatre; Director of Svetlana in Slingbacks for La Boite Theatre; Writer/Director of Long Way Round for the ATOM award-winning SBS drama series Under The Skin; Director/Co-creator of Chinese Take Away, subsequently adapted as a doco-drama for SBS television, in which she acted.

Published plays- Out of the Blue (Street Arts), Goin’ to the Island and Binni’s Backyard (KITE and Kooemba Jdarra).

In 2008 Therese formed Playabout Productions with Tim Mullooly, presenting a weekly walking tour, The Story of Brisbane at Brisbane Powerhouse from 2016-18. In 2013 Therese was Lead Artist (Brisbane) of Hubcap Productions’ Dust, a musical theatre show composed by and featuring Mark Seymour from Hunters & Collectors.

Therese is currently Co-Director of Anna Yen’s physical theatre work Slow Boat. She is also writer and producer of a new play inspired by her mother’s family set during the 1974 Brisbane flood, entitled White China.