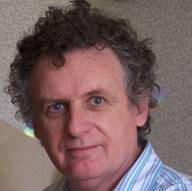 With his partner, Margery, Michael co-wrote for La Boite Milo’s Wake (published by Currency Press. Winner 2001 New South Wales Premier’s Literary Award, the 2000 Matilda Award, the Perform/4MBS Award and AWGIE nomination). Michael toured Queensland and nationally playing the role of Milo. International productions of Milo’s Wake include Christchurch, Auckland, Wellington, London, the Edinburgh Festival and a translated production in Tokyo. Other co-writing credits for La Boite include Still Standing, Way Out West and James and Johnno. Playing the role of James, Michael toured Queensland and toured nationally in 2006 and 2007.

A founding member of KITE Theatre, Michael was involved in over forty productions including the joint Kite/Queensland Performing Arts Trust. For QPAT Michael directed John Brown Rose and the Midnight Cat, Motor Bill and the Lovely Carolyn, and Wide Awake for the Out of the Box Festival and wrote and directed Shango. For the Queensland Philharmonic Orchestra Michael was narrator/performer in Tots Pops and Babar. For the Queensland Theatre Company Michael appeared in A Conversation, Navigating, Sweet Panic, Killing and Chilling my Annabel Lee, Julius Caesar, Philadelphia Here I Come. For La Boite theatre: James and Johnno, Milo’s Wake, Small Mercies, Taming of the Shrew, Away, This Old Man Comes Rolling Home. Films include Paperback Hero, Pyjama Girl, Last Laugh. Television: Medivac, Animal Park, TSN 11, Silence Tree, Secret Down Under and Legend. He directed the Brisbane premiere production of Lottie the Musical.

In 2003 Michael received a Centenary Award for services to Australian Literature and Society. Michael and Margery wrote the production Drama at the Gasfield which won La Boite Theatre and the Queensland Gas Company the 2007 Queensland ABaF award (Australia Business Arts Foundation). In 2009 Michael and Margery were artists in residence at the Australian Catholic University. During this time they wrote and staged Skating On Sandgate Road as part of the Q150 celebrations. In 2009 Margery and Michael were commissioned by Classic Radio 4MBS to write Cribbie. It played a sell-out season at Metro Arts in Brisbane and will have a return season in 2011.

In 2011, Michael co-wrote with Margery Forde the book and lyrics for Behind the Cane a music theatre production for the Queensland Music Festival. It was staged in the Sound Shell in Bowen playing to eight thousand people over three nights.